International cycling does not breathe for a moment . Immediately after the Tour of Flanders, the short stage races return to prepare the leg for the Grand Tours. The first week of April will be characterized by the Tour of the Basque Country , which will see people like Primoz Roglic, Jonas Vingegaard and Remco Evenepoel as protagonists. Let’s analyze the path, as usual characterized by several pitfalls.

We start with a chronoprologist on the streets of Hontarribia, a town on the border with France; in this time trial you could already see some difference between the men of the classification due to the tear of San Telmo, which also touches 12% in the first 500 meters. In the last two kilometers, two more climbs, one of 400 meters at 5.2% and one of 200 meters at 9%. 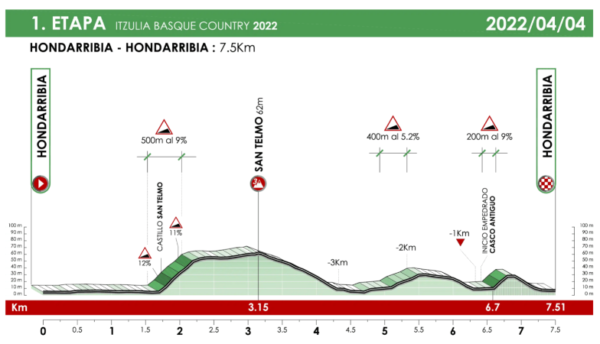 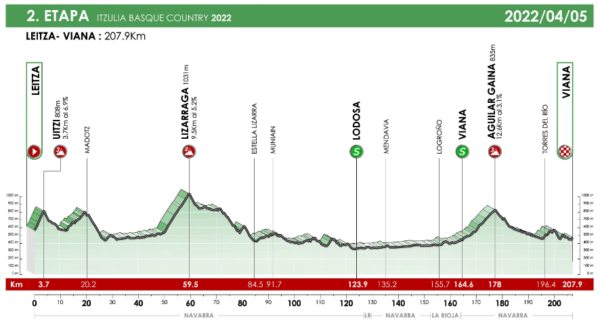 Tour of the Basque Country 2022: where to see it on TV, program, dates of the stages, streaming

In this stage the ranking will begin to shape itself in favor of the men in the ranking. Five Grand Prix of the Mountain, none of them too prohibitive, in a day without a plain. The snags of Opellora and Ozeka, which touch peaks of 18 and 17%, will be felt in the legs of the runners; the classic day where you will be able to understand who can win this Tour of the Basque Country. 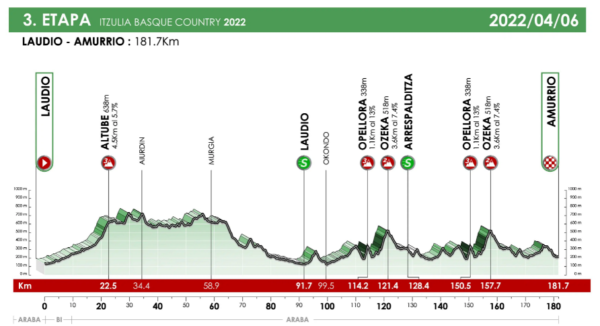 Another eventful day for the group. After 60 kilometers we begin to dance: in Vivero the race will ignite, followed by other GPM that will create some fractacapo. At -25 the Vivero will climb from the opposite side, but in the first two kilometers it reaches 19%. Then descent and a lot of plain: we could enjoy some interesting attacks. 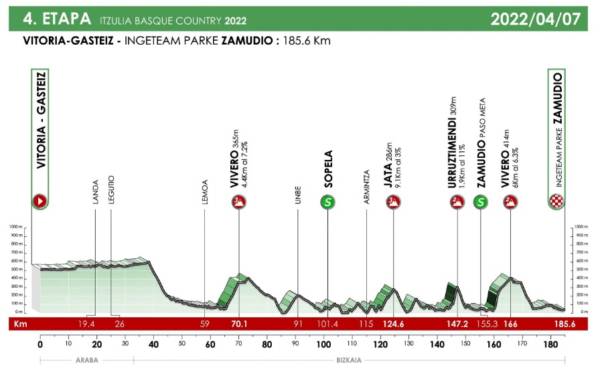 The plot is always the same: many climbs, not impossible, but which touch points that will put everyone in difficulty. Numerous tears that touch the double figures, as well as a final circuit that will harden the legs of the riders. Twenty kilometers from the end, the ascent of Karabieta, 6700 meters which often touches 15%, then descends and rises slightly from -6 from the finish, with a final ramp that reaches 16%. 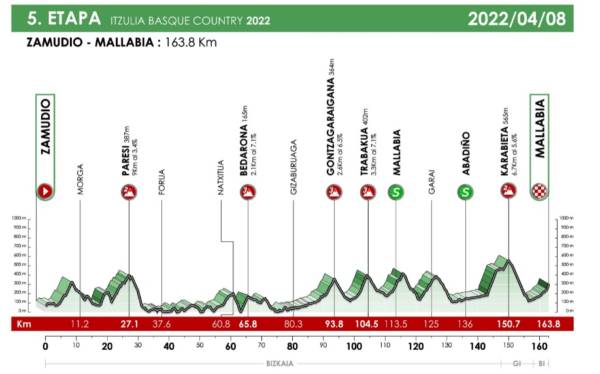 The queen stage of the event. The shortest, but with seven Mountain Grand Prix to climb and three first category, the Azurki, the Krabelin and the Usartza which climbs just over two kilometers from the finish: there will not be a breather for those who will be fighting for the general classification. There will be a lot of fun. 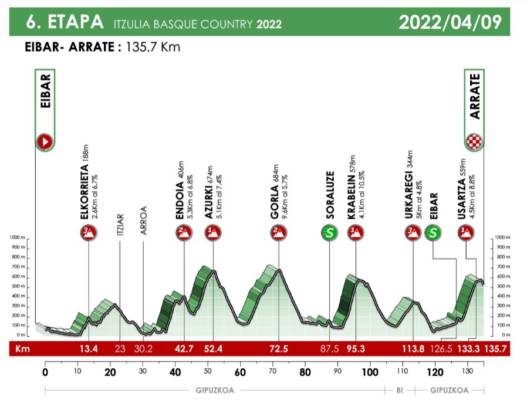 Related Topics:
Up Next

Tour of Flanders 2022, the bag of favorites: Mathieu van der Poel in front of everyone. Watch out for Pogacar